My paper was dying and I couldn’t live without it.

I loved the sound of the printing press early in the morning. I loved how the entire building smelled like paper and ink. I loved the tradition of leaving a flask of whiskey in the bottom right drawer of the desk when you retired. Red pen circles and faxed police blotters and top-bound spiral notebooks. I loved all of it.

This was the environment where I first learned to really write. To interview. To listen. To edit. To work my ass off. And to drink coffee.

And, although I didn’t know it at the time, this is where I got my perspective on digital marketing.

Above the ink-stained carpet and below the fluorescent lights of a newsroom, I learned the following:

The fresh-faced and the crusty are equally as annoying… and equally right.

There are two types of people in a newsroom:

Roland, the guy working the printing press. He’s been working at that newspaper since 1945. He says things like: “You kids ever wonder why it’s called ‘cut and paste’? Because back in the day, we literally had to cut out the articles and glue them onto different sections. You think these internet machines are difficult. You all have it easy. I can’t wait until this whole ‘Facebooking’ trend dies down so we can get back to the real journalism.”

Tyler, the ‘social media manager.’ He was hired because the editors don’t know shit about the internet and don’t want to. Tyler walks around all day with coffee in his hand reminding the overworked reporters that Twitter is all about volume and he looked it up and you’ve only tweeted 9 times this week. “Our goal as a digital-first company is that our reporters tweet at least 67 times per week. This number was calculated to maximize our exposure and connect to our readers.”

At different times in my career, I hated both of these guys. And they certainly hated each other. Tyler thought Roland was a dying breed. And Roland thought Tyler didn’t have perspective.

They were both right. And the people that were most successful (both “boots on the ground” reporters and newspaper management)… were the people that understood both perspectives.

Online marketing is similar. Every week, there’s a new Tyler touting this software or that platform. And we shouldn’t ignore what’s coming next for our industry.

There’s also the people that claim if Eugene Schwartz didn’t say it, it will never work. Century-old books have tremendous tried-and-true insights from the days where advertising was extremely expensive. Finding these types of books that no one else is reading, gives you a leg-up in the fast-moving digital world. (I’ll be writing a lot more about this soon as I’ve picked up some forgotten advertising manuals that I can’t find a single article about online). 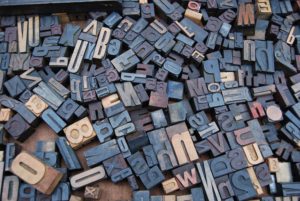 My first media job was in radio. When I was 15, I’d read the weather on WMCR radio and change out the 8-track advertisements. It was an easy job and I’d sit alone in the studio every night from 4 to 10 p.m.

In between the weather readings every 15 minutes, I’d get my homework done, listen to music, and try to adjust the rabbit-eared TV to a station I could watch. As teenagers do, I’d get bored. I’d read the weather in a funny voice or skip it all together. Most times I did that, the phone would immediately ring. Vivian Warren, the station’s owner would listen in from her home in the evening and catch my mistakes.

I was sitting in an empty room, but anyone could hear me. It was a strange sensation.

It was the same for the newspaper.

One time, I wrote an article for a small paper in Skaneateles, NY about a proposed zoning change allowing windmills. I used a picture of a giant commercial windmill even though the farmer requesting the change just wanted to build a small windmill for his own use.

150 people showed up at that week’s town board meeting. They were convinced that their town was going to be covered in giant turbines. They had came to that idea from me. I realized at that moment that my words had tremendous power. Newspaper headlines spur action.

Blogs and social media are like that, too. What you say matters and it can spread quickly. We have a huge responsibility. (The best article I’ve read recently on this topic is from reporter Kevin Alexander whose article put someone he admired out of business.)

We’re also creating history. Our blogs, our posts are being archived. People will look back on what we wrote to determine our culture, our values, our lives. What do you want them to read?

My name and email address were listed on the inside front cover of 9 weekly newspapers. Every week, I’d get emails, faxes, phone calls, and hand-written letters from the community. Some of them were suggestions for articles. Some thank-you notes. Some angry letters about the mayor or town board. And a lot of grammar corrections.

My favorite was a full-page hand-written note written in beautiful script. I’d written an article about a graduate of the local high school who had won a grant to study wildlife in Alaska.

This hand-written note pointed out that the correct word for the headline was actually “alumna,” the female singular word for the plural “alumni.” But that wasn’t all. The writer also gave a great breakdown of latin word structure and when to use alumni, alumna, and alumnus.

Now, the writer was correct. I had made a grammar mistake in the headline. But what fascinated me was the underlying psychology surrounding taking the time to write, stamp, and address a letter like that. It’s a fact that people have a deep need to feel relevant. To be acknowledged. And for whatever reason, this woman felt personally offended that a professional writer didn’t understand basic latin grammar.

She wanted to be heard. That’s all. To be acknowledged. Maybe she was a retired latin teacher whose life work is no longer recognized. Maybe her family doesn’t visit as much. We can’t know the motivations of others… especially those that give us feedback like that.

It happens online way more often, because it’s so much easier to tweet or email someone than it was to fax or mail a letter. Just this week, someone corrected a typo in one of my emails.

Hear them. Take the feedback. And understand that usually their need to correct you has nothing to do with you.

I miss my newspaper days and I’m sad that so few of those newsrooms remain. Only one of the three newsrooms I worked in still exists today. The good news is that we have the opportunity to take the lessons from the past and bring them into this new digital era.