The first 3 voice types we’ll cover are the “voices of authority.” Often, it’s important to be seen as an authority or expert on a topic. The authoritative voice is particularly appealing in industries that deal with complex or overwhelming information. People just want the answers.

Authority can manifest itself many different ways. Here’s the 3 authority archetypes. 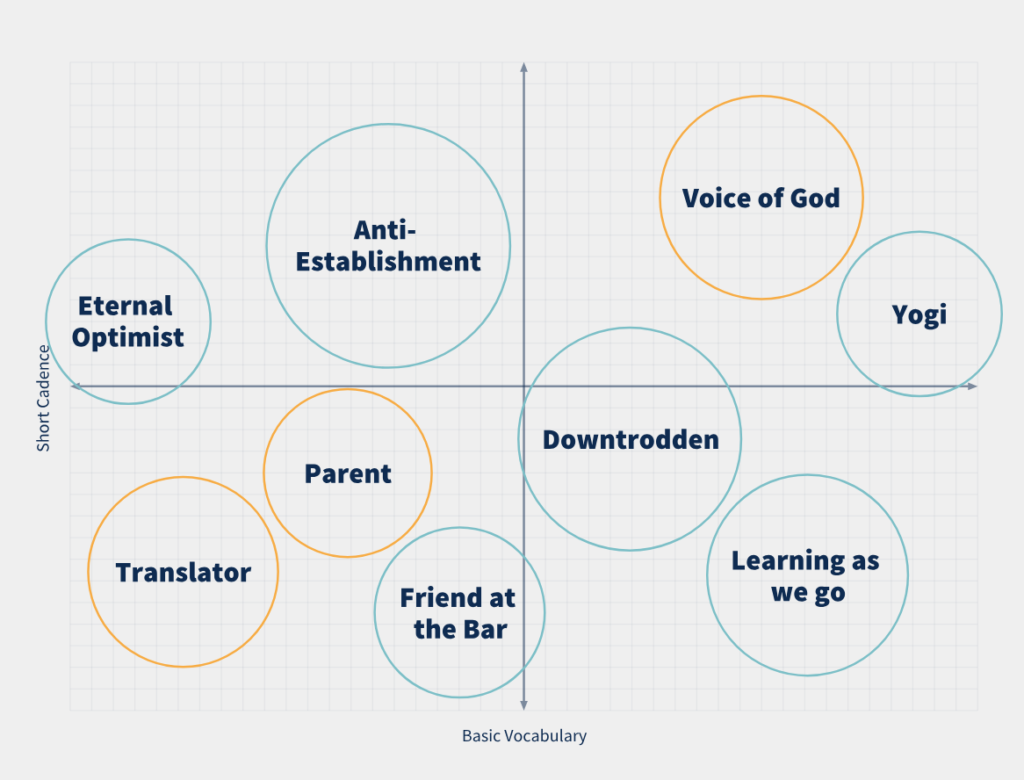 The translator takes complex topics and breaks them down for laypeople to understand. Often the tone is empathetic, the cadence is short, and the vocabulary is basic.

A great example is Dr. Neil deGrasse Tyson, the astrophysicist. He has gained massive popularity by explaining complex scientific concepts in a simple way.

(Here’s him explaining Gravitational Waves. And for fun, here’s the Theory of Relativity and the feasibility of time travel.)

Note how Tylenol explains simply how and why the medicine is designed the way it is. Even children could “grasp the advantage” (this is a phrase I learned from Parris Lampropoulos meaning that they need to understand why what you’re telling them is a benefit that’s important).

This authority acts as the voice of experience, saying “I’ve been where you are and don’t want you to make the same mistakes I did.” The tone is cautionary yet empathetic, the cadence is medium, and the vocabulary is basic. This is a favorite of bloggers in the relationship, health, and money-making spaces. They use their past mistakes as content, building trust. One example is this viral post by “Single Dad Laughing” on successful marriage (he’s had two failed marriages).

Note how Farmers is practically defining the parental voice with the tagline “We know a thing or two because we’ve seen a thing or two.”

Voice Type #3: The Voice of God

The voice of God is an authority who shows little vulnerability, but rather gives content in a “Ten Commandments” type of way. It can be very effective — if you have the credentials to back it up. The tone is often serious, the cadence longer, and the vocabulary more advanced. Unlike the Translator or the Parent, they aren’t trying to make the complex simple. In fact, what they teach remains complex on purpose. They don’t give you the translation, they simply give you the rules to follow.

Copywriter Bob Bly is the first one that comes to mind for me. His emails give little room for doubt or argument.

Notice how Enfamil doesn’t translate the science. They want it to seem complex and overwhelming. That way, mom’s have no choice but to go with Enfamil. The other options are too complex to evaluate.

In the next post, we’ll contrast the voices of authority with 3 “Voices of Accessibility”